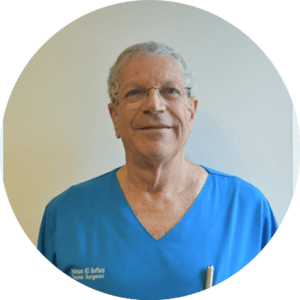 Professor and Head of Unit

Professor Ken Boffard is a registered Sub-specialist in Trauma Surgery, Director of Trauma and Academic Head at Milpark Hospital, and Professor Emeritus, and Honorary Consultant in the Department of Surgery of the University of the Witwatersrand. He was previously Head of the Department of Surgery at Johannesburg Hospital and Head of the Johannesburg Hospital Trauma Unit.

He is a reserve Colonel in the South African Military Health Service. 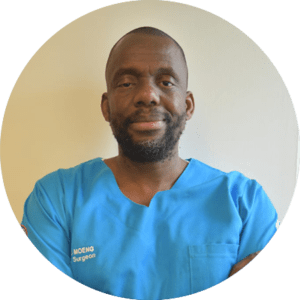 Is a registered Sub-Specialist in Trauma Surgery. Both undergraduate and postgraduate studies were done at the University of the Witwatersrand (Wits).

Head of Trauma Unit at Charlotte Maxeke Johannesburg Hospital. Chairman and Academic Head of Trauma at Wits. He has both local, national and international academic activities, with a keen interest in Critical Care. He started his career in the mining industry and became hooked on Trauma ever since. Actively involved in ICU care of a closed ICU unit at the Charlotte Maxeke Academic Hospital Trauma Unit and Milpark Trauma unit.

As the Chairman of the Disaster Committee at the hospital plays a significant role in organization and training for mass casualty incidents.

Serves on multiple other academic and professional committees. He enjoys hiking with his family and playing tennis. 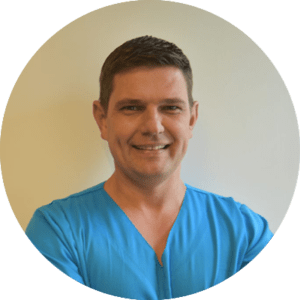 Dr Pretorius is a registered Sub-Specialist in Trauma Surgery, and is currently the Acting Head of the Trauma Unit of the Chris Hani Baragwanath Academic Hospital.

Involved in prehospital medicine training and working on the road since 2001. Worked on the HEMS for 5 years. Also involved on a consultation basis for paramedics and doctors for Netcare 911. 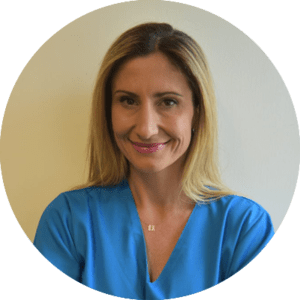 Dr. Vicky Jennings was born and raised in Pretoria, South Africa. Her basic education was completed in Pretoria and she qualified as a medical practitioner in 2003 from the University of Pretoria. She completed her internship at Kalafong Hospital and community service in Mamelodi Hospital, Pretoria.

She became a medical officer at the Charlotte Maxeke Johannesburg Academic hospital in 2006 where she worked in trauma surgery, paediatric surgery and plastic surgery. She also worked as a casualty doctor in various private hospitals emergency rooms in 2007, whereafter she pursued a career in General Surgery at the University of the Witwatersrand. She qualified as a Fellow of the College of Surgeons of South Africa (FCS) in 2012 and was awarded the University of the Witwatersrand Len Miller prize for the best candidate in surgery.

Currently she is a Trauma Surgery consultant at the Chris Hani Baragwanath Academic Hospital and a trauma surgeon at the Netcare Milpark Trauma Academic Centre. She is an ATLS course director, a DSTC course instructor, an international speaker and a final year medical student examiner at the University of the Witwatersrand as well as a member of various committees. Her main interests are in penetrating trauma, surgical critical care, surgical training and new technologies for trauma surgery. 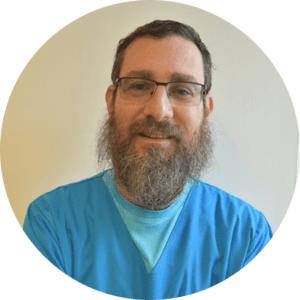 Dr. Jacks is a registered Sub-Specialist in Trauma Surgery, and is currently the Deputy Head of Trauma Unit at Charlotte Maxeke Johannesburg Academic Hospital.

Born in Johannesburg, Dr Jacks attended Rabbinical College after high school. He then went to the University of Cape Town Medical School where he graduated in 1998. Dr. Jacks returned to Johannesburg to complete internship and community service. Following this, he worked fulltime in HEMS and aviation medicine for 2 years, followed by a year working in emergency medicine in the UK. He then qualified as a general surgeon in 2010, followed by a sub-specialty in Trauma Surgery. He is currently the medical director of Hatzolah Ambulance Service and a Trauma Surgeon at C.M.JA.H. and Milpark Hospitals.

His area of special interest is Paediatric Trauma, as well as interests in Pre-hospital Medicine and Trauma Laparoscopy. 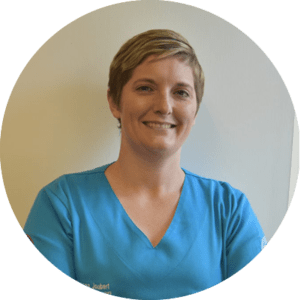 Dr. Marissa Joubert is a subspecialist in Trauma Surgery Surgery and is currently practicing as a trauma surgeon at the Charlotte Maxeke Johannesburg Academic Hospital and Netcare Milpark Hospital Level 1 Academic Trauma Center. She is an ATLS and DSTC instructor and is passionate about educating people about trauma care.

Dr. Joubert does volunteer prehospital work for Netcare 911 EMS and HEMS. Dr. Joubert also has some experience in trauma care in the military setting after serving as trauma leader for a surgical team at a UN base in Timbuktu, Mali in 2018. Her main interests are surgical critical care and prehospital trauma care.

Outside of work Dr. Marissa Joubert has a keen interest in medieval weaponry and warfare and has an impressive sword collection. 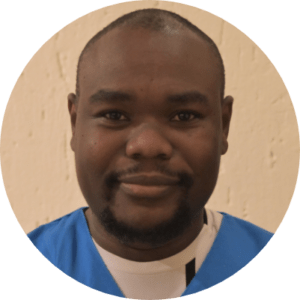 Dr. Makhadi is one of the youngest Trauma Surgeons in South Africa. He currently works at Charlotte Maxeke and Milpark Academic Hospitals.

Dr. Makhadi was born in Venda (Limpopo province), he attended Kolokoshani Secondary school. After high school then went to the University of Pretoria where he graduated in 2011. Dr Makhadi went back to Limpopo to complete his internship in Letaba hospital in Tzaneen.

He completed his community service in the Polokwane/Mankweng Hospital complex where he worked in the General surgery and Plastic Surgery. This was the defining moment in his career due to the limited number of surgeons and access to these services.

Thereafter, he commenced his general surgery training. He passed his FCS(SA) in 2018 and earned his master’s in surgery degree at Sefako Makgatho Health sciences university in 2019.

Dr. Makhadi went to the University of Witwatersrand to do his trauma fellowship, where he qualified as a Trauma Surgeon in 2021. He is currently a Trauma Surgeon at CMJAH and Milpark Hospital. His areas of interest are Trauma laparoscopy, management of the open abdomen, and ventral hernia repair.

His hobbies include hiking, photography and soccer. 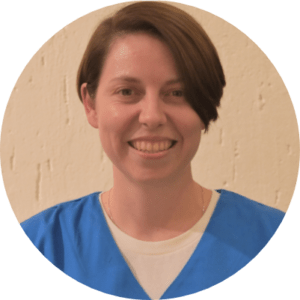 Dr. Megan Lubout completed her undergraduate degree in Medicine and Surgery at the University of Pretoria. She did her two years of internship at the Pietermaritzburg Hospital Complex where her keen interest in surgery was nurtured.

She returned to Gauteng for her Community service at Charlotte Maxeke Johannesburg Academic Hospital where her love for Trauma surgery started.

She was privileged to be accepted into the general surgery training programme the following year and completed her five years of training through WITS University, rotating through Chris Hani Baragwanath Academic hospital, Charlotte Maxeke Johannesburg Academic Hospital and various satellite hospitals. It was during this time that the Trauma surgery bug truly bit and never let go.

She completed her Fellowship in Trauma Surgery and Critical Care through WITS University being fortunate to rotate through the busiest trauma centres in Johannesburg.

She is currently employed as a trauma and critical care specialist at Charlotte Maxeke Johannesburg Academic Hospital and Netcare Milpark Hospital. She has a keen interest in vascular trauma and would like to pursue training programme abroad to enhance her knowledge and skill in this area.

Her spare time is spent with her family, preferably out and about in nature or on a mountain bike covered in mud. 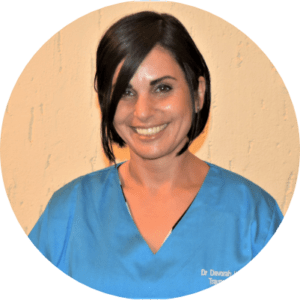 My career in trauma began with paramedic training at the age of 17, and I have remained a volunteer in pre-hospital medicine since.

After a brief stint in teaching, I began my medical training at Wits University, followed by specialist training which I completed in 2017.

As I have always been passionate about trauma, I embarked on a sub-specialty in Trauma and Critical Care, obtaining my certificate from the College of Medicine in 2021.

I feel strongly about holistic patient care and ongoing education and teaching. I really enjoy working with patients and the gratification from them.

When not at work, I enjoy spending time with my family, water sports and the outdoors. 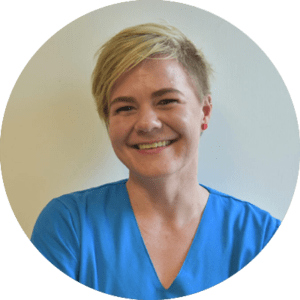 Leanne is currently the Trauma Programme Manager of Netcare Milpark Hospital since February 2019. She was born in Pretoria and matriculated at Die Hoerskool Menlopark. She qualified as a Registered Nurse (General, Midwifery, Psychiatry and Community) from the University of Pretoria in 2006. After her basic nursing degree qualification she was part of the commencing of Netcare Blaauwberg Hospital and worked 4 years in the Labour Ward and Maternity Unit.

Leanne enjoys the term: swim, bike, run and has completed half Ironman. 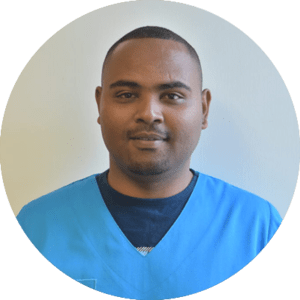 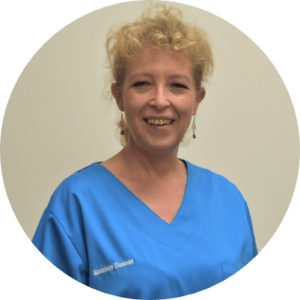 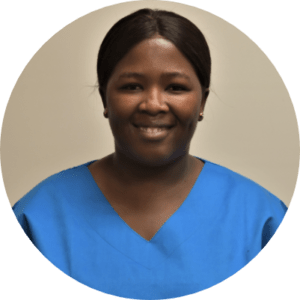